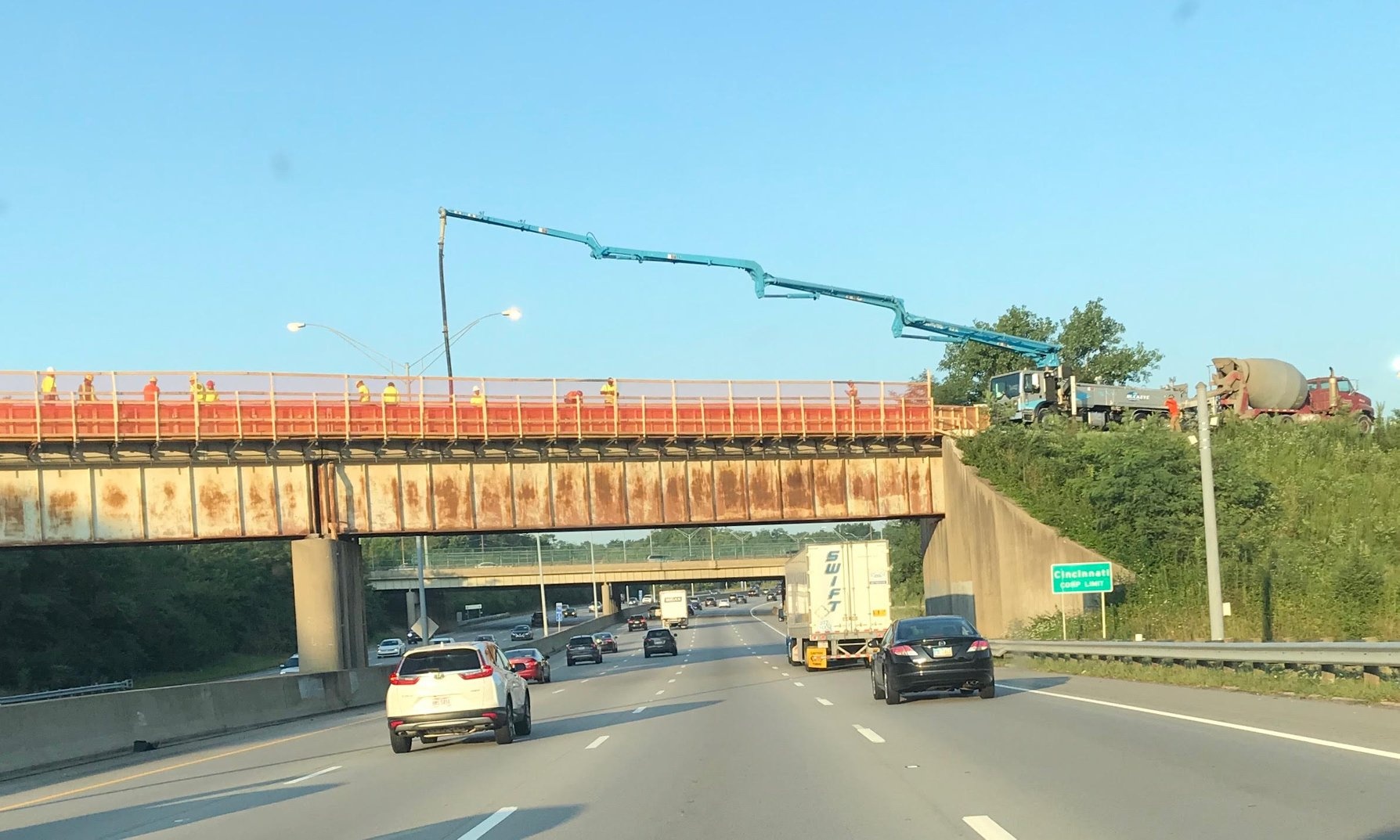 Before the sun rises, the concrete flows above I-71 as contractors continue their headway on the main Wasson Way trestle over the interstate along Dana Avenue. The bridge – and its transformation -- is by far the most tangible, visible evidence that Phase 2 is moving forward.

Phase 1, which opened last July, begins just west of Victory Parkway, near Xavier University. lt currently runs a half mile from Madison Avenue in Hyde Park to Tamarack Avenue, along a portion of the 4.1 mile right of way currently owned by the city. Phase 2 extends the trail another 0.7 miles, from Tamarack to Montgomery Road.  This phase of the trail is expected to be completed later this year, and anticipation is already high among nearby residents and trail proponents alike.

Still, organizers indicate the Wasson Way trail goes beyond recreation. It is an economic engine, a catalyst for growth along the line. By connecting communities, McGrory says, you are creating opportunities. Unlike a recreational bike trail, Wasson Way is recognized as a transportation mitigator, meaning it can pull from federal funding sources not open to purely recreational trails. Beyond simply riding bikes, organizers note Wasson Way could ultimately improve congestion and even air quality by getting more cars off the road.

While the route of the approximately one-half mile of proposed trail to the intersection of Martin Luther King Drive and Reading Road has not been determined, in part because the placement of the multi-modal transit center designated for UC’s Uptown has not been finalized, it is the centerpiece of ambitious plans. The Uptown Consortium Inc. (UCI), in conjunction with the OKI Regional Council of Governments and the City of Cincinnati, is studying the feasibility of “a transit center featuring access to multi modes of transportation including Metro buses, bike sharing systems such as Red Bike, ride sharing options and shuttles to Uptown’s educational and medical institutions...” And it would all link to Wasson Way, significantly reducing the need for cars in Uptown and beyond, McGrory said.

But the push for progress is far from over. And the Wasson Way Project is still looking for others to get involved in various aspects and committees. McGrory notes planners are still looking for volunteers for the Implementation Committee, which is working with city on officials on trail design. Spots are also open on the Fund-Raising Committee, which is fundraising privately alongside applying for federal monies.

The future is increasingly focused on connectivity and shared mobility solutions, bridging the divide between where we work, live and play.  Along with real estate, cycling is my other passion. If you’re looking to purchase a home along the Wasson Way trail or near any other local trail, let me guide you through the process. Contact me at 513.702.3419 or email angie.sexton@cbws.com