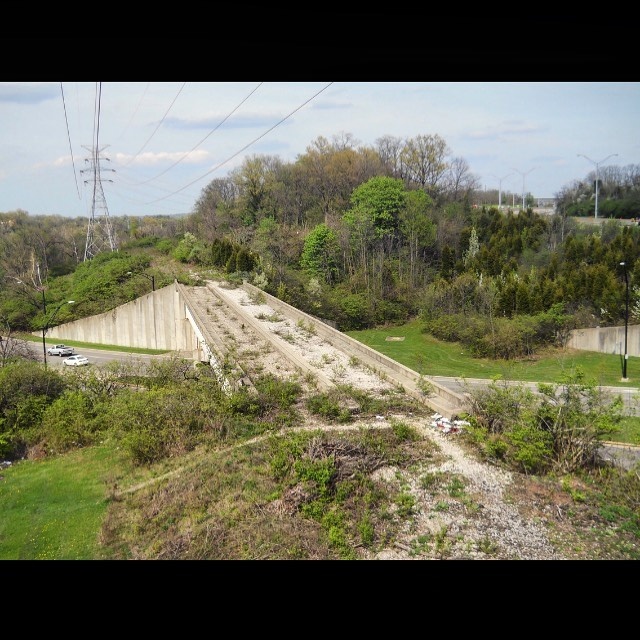 Thorn bushes presently dot the path, but some already envision crisp, fresh tarmac along the Wasson Way Trail as it spans from Blair Avenue to the railroad bridge across Victory Parkway. Planners note this future Avondale portion of the Wasson Way Trail will transform the way residents commute. Although still about one-half block removed from the corner of Martin Luther King Drive and Reading Road, and the University of Cincinnati, they fully expect UC students, faculty and staff to embrace the forthcoming new connection.

This future Avondale connection is made possible with the recently awarded $3.8 million in federal Surface Transportation Block Grants (STBG) from the Ohio-Kentucky-Indiana Regional Council of Governments (OKI) for Phase 7 of the multi-use trail, which extends nearly a mile between Blair Court in Avondale to Martin Luther King Jr. Drive just near the University of Cincinnati, Xavier University and the Uptown Innovation District.

“OKI invests in a mobility network that incorporates all means of transportation to serve the two million people in the OKI region. These projects, totaling nearly $40 million, serve a wide array of communities and their needs,” said OKI’s CEO Mark Policinski. “These projects signify safer walks to school, less congested trips to work, more use of bikes and pedestrian walkways for trips, and the inclusion of new technologies to ease our commutes. Even in these difficult times, the OKI region is resilient and poised for greater growth. These signify a vibrant economy that retains talent while attracting residents and visitors alike.”

In all, the Ohio-Kentucky-Indiana Regional Council of Governments (OKI) announced $39.99 million in grants for 23 transportation projects in the region funded via the STBG program. This funding will assist eight Ohio projects and seven Kentucky projects, many designed to ease traffic congestion, improve air quality and enhance safety at various areas and cities throughout the region. Ohio initiatives include the Western Hills Viaduct Replacement project; the Cincinnati-Wasson Way trail project; and SORTA bus replacements. Kentucky projects include a Newport-Riverfront Commons Trail at Festival Park; TANK maintenance and operations facility renovations; and replacement of the Elsmere New Buffington Bridge.

When complete, Wasson Way will be part of a 100+ mile active transportation network connected by a 34-mile separated trail loop around Cincinnati's urban core. This Cincinnati Riding or Walking Network (CROWN) system will connect at least 356,000 people in 49 neighborhoods to major destinations like employment centers, schools, parks, retail, recreation, and entertainment, according to Green Umbrella, the non-profit sustainability alliance that oversees Cincinnati's trail systems.

According to Sean McGrory, board chair of the non-profit Wasson Way Project, the STBG grants require a local match. Earlier this year, Wasson Way organizers and other members of the CROWN system announced a new fundraising campaign, “CROWN the Queen.” “The purpose of the grassroots campaign is to both raise funds, and also demonstrate broad public support for the project,” McGrory noted.

“Looking a bit farther ahead, we are hoping for a third federal grant application in the 2021 application cycle next June for the Ohio River Trail East from Sawyer Point Park to Lunken Airport…Each of these three federal grants is for approximately $6 million and requires a local match of approximately $2 million. So the overall CROWN Campaign goal is to raise $6.5 million for the local match for three federal STBG grants,” he said.

Above all, organizers say, building the CROWN will transform Cincinnati into a leading destination to live, work, and play by linking regional trails and reconnecting neighborhoods.

To learn more about CROWN or to donate to the CROWN the Queen campaign, visit:  www.crowncincinnati.org

As an advocate for Cincinnati’s trail system and avid cyclist, I am passionate about living near the trails we use. If you’re looking to purchase a home along the Wasson Way trail or near any other local trail, call me at 513-702-3419 or email angie.sexton@cbws.com